INTRO
Depth of field (DOF) is the portion of a scene that appears sharp in the image.

[source from From Wikipedia, the free encyclopedia]

Precise focus is possible at only one distance; at that distance, a point object will produce a point image.[1] At any other distance, a point object is defocused, and will produce a blur spot shaped like the aperture, which for the purpose of analysis is usually assumed to be circular. When this circular spot is sufficiently small, it is indistinguishable from a point, and appears to be in focus; it is rendered as “acceptably sharp”. The diameter of the circle increases with distance from the point of focus; the largest circle that is indistinguishable from a point is known as the acceptable circle of confusion, or informally, simply as the circle of confusion. The acceptable circle of confusion is influenced by visual acuity, viewing conditions, and the amount by which the image is enlarged. The increase of the circle diameter with defocus is gradual, so the limits of depth of field are not hard boundaries between sharp and unsharp.

Several other factors, such as subject matter, movement, and the distance of the subject from the camera, also influence when a given defocus becomes noticeable.

where N= Aperture number use
c = Circle of Confusion (based on table below for APS-C c=0.018
m = magnification

Circle of confusion diameter limit based on d/1500


How we Increase MACRO/Closeup DOF

base on the formula above, definitely we can increase the DOF by
1. smaller magnification
- then this could end up you are not doing macro...hmmmm
2. bigger aperture number
- but this could cause Diffraction (loss of sharpness or resolution caused by photographing with small f/stops)

- e.g as below (source from http://www.kenrockwell.com/nikon/50-comparison/f-stops.htm) 3. picture stacking which I should talk more @ How do I PP MACRO Pictures
- e.g. where I try to stack 2 picture with front focus and back focus while shoot @ KL Butterfly Park with 3:1 where

the DOF should be only

i. shot with front focus 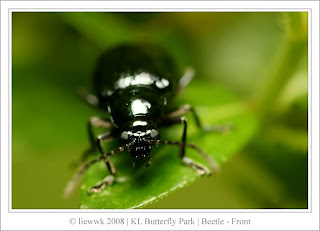 ii. shot with back focus 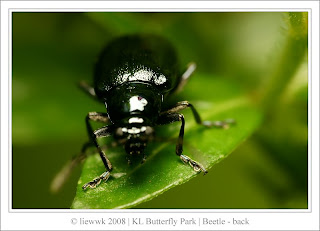 iii. picture stack both together to get the DOF 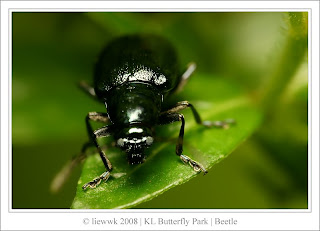 interesting.
didn't know that macro shots need to be PP as well..:D

How to get those two images stack? Like the one in star trails?Im new to Macro.. I am just simply enjoy natural with my lenses ... this is to share some of my experiences which to "gang" up more people love, protect and enjoy our environment ...

if interest to see larger version of the picture of keep one .. please visit my site

1. Landscape Spot x -
- sharing some spots I use to go to get my landscape
- normally will be within Malaysia to promote how good is Malaysia

3. New Found -
- sharing some of my happiness where I got new BUG/insect :D

4. Bird Series x -
- sharing birds collection but this will going to be slow as Birding just my some site hobby ... no money and time for it :D

6. MACRO PP -
- sharing how is my MACRO workflow
- I will keep update my work flow .. and it is always change .. so stay tune

9. Natural Outing x -
- if I arrange for open outing .. will be announce as this